Yashar Books in the News
In this week's New Jersey Jewish Standard (link):

One of the most interesting from a sectarian perspective is Yashar Books, located in Brooklyn and the brainchild of Gil Student, who grew up locally and who graduated from the Solomon Schechter Day School and the Frisch high school. Yashar publishes what it calls "Orthodox Jewish books for the contemporary reader," but the books have a far greater appeal than that.

Yashar tends to be daring in its offerings. Take, for example, "Between the Lines of the Bible," by Yitzchak Etshalom. It is a commentary on the Book of Genesis, but it dares to go where other "Orthodox" commentaries fear to tread — into the world of modern biblical scholarship. It is, in fact, an outgrowth of a small, but growing trend within Orthodox erudition to bring history, archeology, linguistics, and literary criticism to bear on the Torah text.

Yashar also publishes a number of books by Rabbi Natan (Nosson) Slifkin, a brilliant scholar whose works were banned by several prominent haredi rabbis in 2005. That is because Slifkin dares to suggest that modern science provides a more accurate picture of the universe and all that is in it than the Sages of blessed memory.

Not every author Yashar publishes is Orthodox. One on its list is Rabbi David Feldman, rabbi emeritus of the Jewish Center of Teaneck. His book "Where There’s Life" offers readers "a comprehensive exploration of abortion, euthanasia and the right to die, martyrdom, the mandate to heal, the mind-body connection, embryonic stem cell research, organ transplants — including the controversial questions of heart transplantation," according to Yashar. 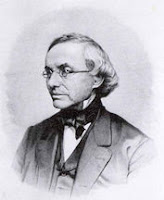 The same year that The Law of God (1845), [Isaac] Leeser's five-volume, exquisitely produced Hebrew-English edition of the Pentateuch appeared, Leeser also founded America's first Jewish Publication Society, designed "to support the noble fabric of our faith." "The press is at our service," he announced in an address to the "Israelites of America." He hoped that the new society would solve the problem caused by the fact that "our people live dispersed over so wide a space of country that we are precluded from waiting upon all individually." The American Tract Society and the American Bible Society, he knew, had long since used the press to spread Protestantism's religious message. Now, showing that he too had assimilated the lessons of the market revolution, he sought to emulate "the plan adopted by our opponents" and to "profit by them." He proposed to "prepare and publish works to be placed in the hand of all Israelites" and listed two major religious objectives for his new society: first, to provide American Jews with a "knowledge of their faith," and second, to arm them with the "proper weapons to defend... against the assaults of proselyte-makers on the one side and of infidels on the other." The publication society produced fourteen small English-language volumes, each an approximately 125-page tract, but in 1851 a fire consumed its entire stock of undistributed books, and it went out of business.

Yet even as the society's literary effort went up in smoke, Leeser's Bible, prayer books, monthly magazine, and textbooks remained in print, in some cases well into the twentieth century. His strategy for revitalizing American Jewish life--his use of print media, his willingness to borrow successful techniques from non-Jews, his focus on education and aesthetics, and his commitment to communal defense--proved equally long lasting.

He discusses topics such as agunos and batei din.